What a dreary dreary start to Easter weekend. Ryan had Good Friday off and we spent the day organizing and cleaning so we wouldn’t think about anything else on Saturday and Sunday. Little Ruth had other plans… like, getting sick Saturday night. So we three spooned our way into Easter morning and took the day slow. It ended up being a gorgeous day and we were thankful that Ruth could get some fresh air. 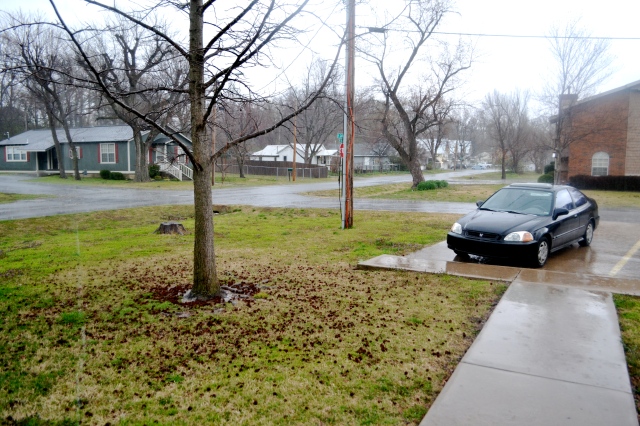 So after breakfast, I broke out an easy Easter craft for us to do.

Ribbon, tissue paper, and contact paper. Now that’s my kind of craft project. I quickly cut an egg shape out of the contact paper, showed it to Ryan and he shook his head. 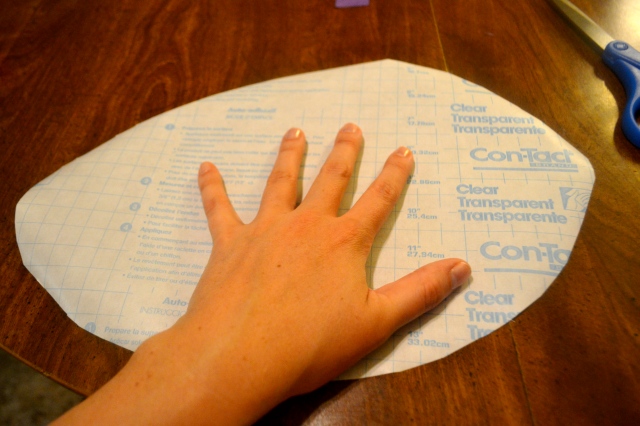 That’s how we differ. I just jump in and get going, but he likes to make sure everything’s nice and straight and even before, I don’t know, laying down train tracks for instance. I’m pretty much my dad in that regard. I don’t know if the model train in their basement actually runs smoothly on the tracks, but man those are some nice mountains and trees!

Oh well. He’s a good complement to me.

I showed Ruthie how to get started and after crying for a few minutes (that should’ve been our first sign she wasn’t feeling well – she’s happiest in the morning), she got to it.

Me, in my squealing nature, got really excited that Ruth squished up the tissue paper before putting it on the egg. And as always with information overload, I then had to explain what “adding texture” was. She slowly turned her head to look at me. I took the hint and shut up.

Then we ran over and put in our window.

It’ll probably be there all summer. Deal with it, people.

We also gave Ruth her Easter basket. Well, it wasn’t a basket, actually. I keep saying “next year” “next year”. I’ve got a lot of things to do before next year. I mean, for her first birthday, we grilled hamburgers and wrapped toys from her toy box. She was excited to see the soccer ball that she’d already been playing with for two months prior. It’s probably laziness (or being snobby), but I just can’t get into the whole first birthday party thing. Next year though. Next year will be fun!

So this Easter, however, instead of a basket, we brought in a little piano found during a thrifting venture on our weekend away. (It was given to her on our clean up day, so don’t judge.)

She didn’t touch the keys for the first five minutes, but chose to inspect all sides of it instead.

We all breathed a sigh of relief when it passed her inspections.

The audience was spellbound: 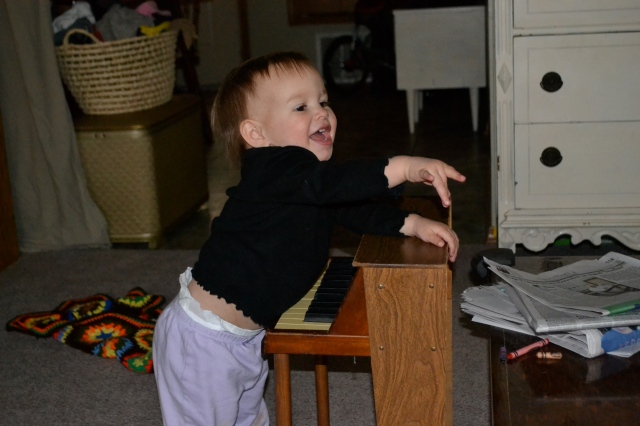 before Cleaning Day was thrown out the window and recreating the theme song for Elmo’s World became the most important task of the day. 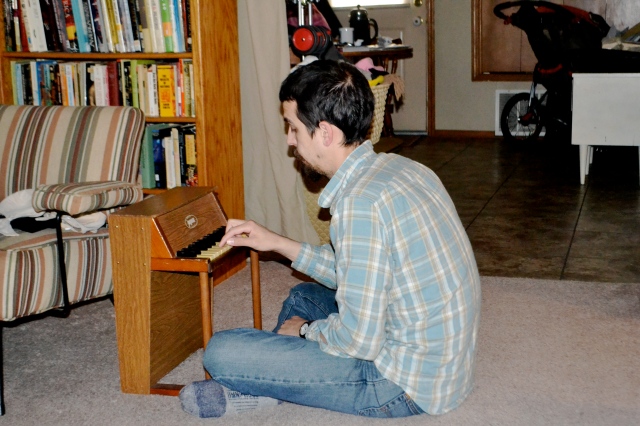 Some nights we will literally watch him “composing” for thirty minutes straight. I can’t wait until Ruthie’s old enough where we can share side glances at each other, then giggle. 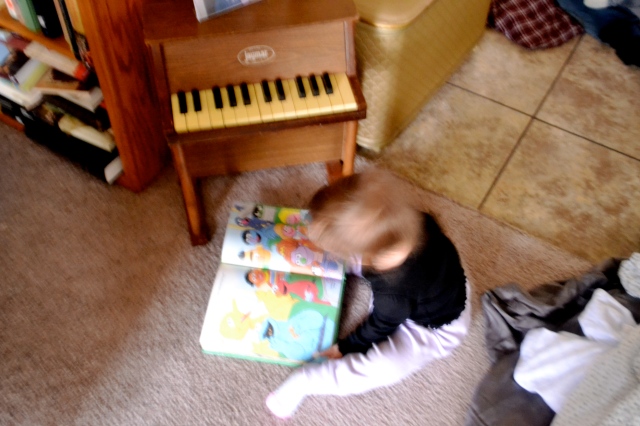 She has taken it to though, and every so often will run to her little shelf and pull out the one book that shows a muppet playing the piano.

Hope everyone had a good weekend and holiday. It, of course, went by way too fast.